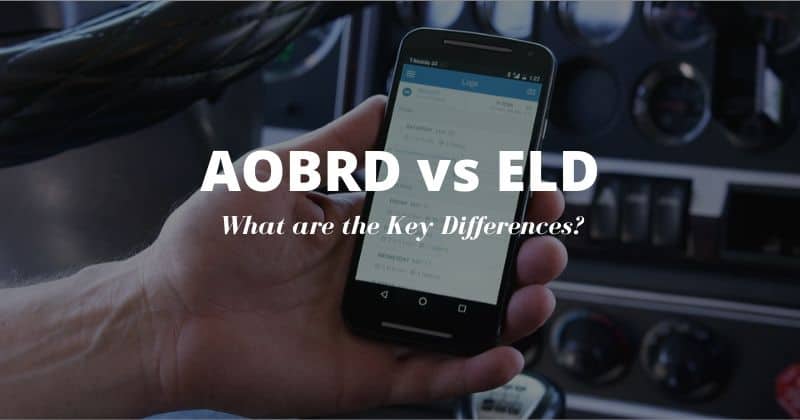 The job of these two devices is to manage and monitor commercial fleets. Although the technologies are alike in many ways, they have significant differences that should matter to drivers.

AOBRDs are an antiquated version of the ELD. Both consist of hardware that connects to a vehicle’s engine to record a driver’s hours-of-service (HOS). However, the ELD complies with 49 CFR 395.15 through its ability to monitor vehicle movement, engine use, hours, miles driven, and duty status. These meet with FMLA requirements.

Many top ELDs offer exceptional management tools on which fleet owners can depend to remain compliant. Fleet owners, managers, and drivers need to know the difference between the devices.

In December of 2017, all commercial drivers were mandated to keep a record of duty status (RODS) and to adopt ELDs for recording HOS. Fortunately, fleets using AOBRDs were grandfathered in, and they were given an additional two years to make the transition to ELDs. It should be noted that the FMCSA has made it clear they will not extend the deadline.

When drivers log into the ELD, as per regulations, the hardwired device warns them of unassigned driving time and miles. ELDs require that every single vehicle mile be accounted for to ensure accuracy. This was not a feature of the AOBRDs.

ELDs legally must synchronize with the CMV engine electronic control module, which enables ELDs to interface with other ELDs. This allows them to capture engine data, including motion status, engine hours logged, miles driven and engine power status. CMVs from before 2000 are exempt from the above requirement.

According to requirements specified in the mandate, when the CMV has remained stationary for more than five minutes, ELD devices will prompt the driver to change the status to On-duty instead of Driving. If the driver fails to respond to the prompt within a minute, the device changes the status. Because AOBRDs are unable to complete this task automatically, drivers must manually change their status when they start and stop driving. 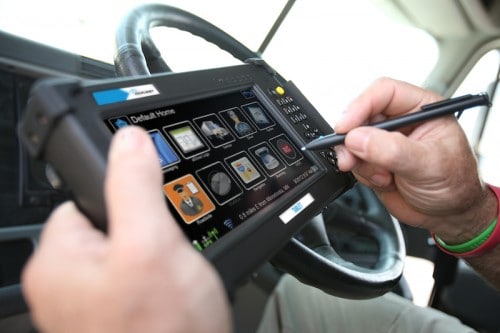 Nationwide, commercial drivers receive pay based on how far they drive. Because of this, many drivers will continue driving when they are exhausted, which can be hazardous to them and their equipment. Further, some drivers even tamper with the AOBRDs and/or ELDs so they can continue driving. By law, AOBRD and ELD devices are tamper-proof, however, the requirements for how these devices should be kept tamper-proof are unclear at best.

The FMCSA considers an ELD device in compliance when the driver’s daily duty status changes are displayed in a graph grid. These data may be presented as a document or digital display. So far, AOBRDs are not equipped with, nor are they required to have the graph grid capability. This is one of the main differences between ELDs and AOBRDs.

ELDs are required to provide automated location entries every hour regarding the following:

AOBRDs are unable to capture changes in location information. They require drivers to enter the information manually at every change of duty status. AOBRDs and ELDs differ in how much data, too, they record and how much editing is possible.

AOBRDs display much less information which makes it easier to make mistakes. Plus they offer limited flexibility, allowing drivers and fleets to correct mistakes on logs. ELDs display all edits to DOT inspectors. AOBRDs weren’t meant to follow guidelines in the first place.

Making the Transition to ELDs

Since AOBRDs are about to become obsolete, you will want to make the switch to ELDs right away. Installing the models in your vehicles can take some time so it’s definitely better to get onto it sooner rather than later.

You can probably guess that making the transition from AOBRDs to ELDs will bring on numerous challenges and triumphs. Our recommendation is to prepare your drivers for a successful transition.

Many fleets qualify for the grandfather clause; if yours does, you have until December 2019 to complete the transition. This enables your drivers to adjust to the new technology, rules, and regulations.