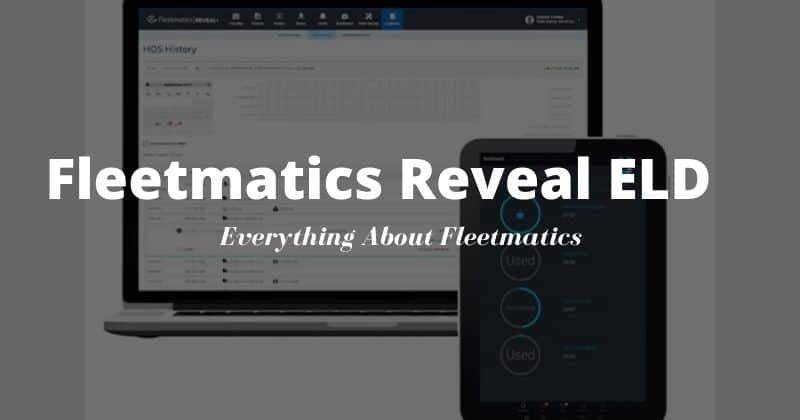 What Is Fleetmatics Reveal ELD Device?

Fleetmatics has been around for many years as a brand, having developed a reputation as one of the industry leaders when it comes to telematics and vehicle tracking. Trusted by over 1.8 million vehicles across the globe, their primary target is fleet-based businesses, including those such as local delivery couriers, or those in the services industry such as plumbing and maintenance.

It was acquired by Verizon in 2018 and has since undergone rebranding as Verizon connect. The Fleetmatics Reveal tracking device has many useful features that make it quite a comprehensive option when it comes to fleet management software.

Fleetmatics Reveal has an entire slew of features, many of which exceed the needs of current fleet managers and drivers alike. Its list of features include:

How To Install Fleetmatics Reveal

Even though installation is not very difficult, there has been anecdotal reports from users that it can be extremely frustrating, especially since there is virtually no aftercare service. However, like most other ELD devices, some basic steps are involved:

Install the hardware – this is different from other devices which are basically plug-and-play, as it requires connection to power, ignition, and ground, rather than directly into your diagnostic port, and subsequently connected to your smartphone

Download the companion app – the app is the driver’s display for seeing how things are moving along with route directions and more.

The basic monthly cost is $35, being considered a mid-range priced product. You do not pay anything upfront, but keep in mind that you are likely to require more than the basic plan.

For instance, if you want to add electronic logs to the ELD, that requires another $10 a month. Add to that that cellular service from Verizon and you go up another $15.

Thus, to experience the full works of Fleetmatics Reveal, expect to pay about $60 per month per vehicle.

While the list of functions of Fleetmatics Reveal is both extensive and exhaustive, they are some significant deficiencies as an ELD device. For instance, many of the ELD mandated requirements are not yet enacted but rather under construction, putting drivers at risk of exceeding HOS.

This deficiency clearly shows that they are not particularly suited to over the road vehicles, but rather local services. It is extremely useful for fleet managers since the detail offered by their maps is second to none, helping you stay in the loop at all times.

As a driver, the ELD can be frustrating since it lacks critical support data that many other ELD’s offer. For this reason, it is not the best choice for large truck fleets. Being a subsidiary of Verizon, we know that they have the means to roll out updates rapidly, and are optimistic that they do so with urgency.